A’s Story: The Game-Changing Empowerment of Survivor Made 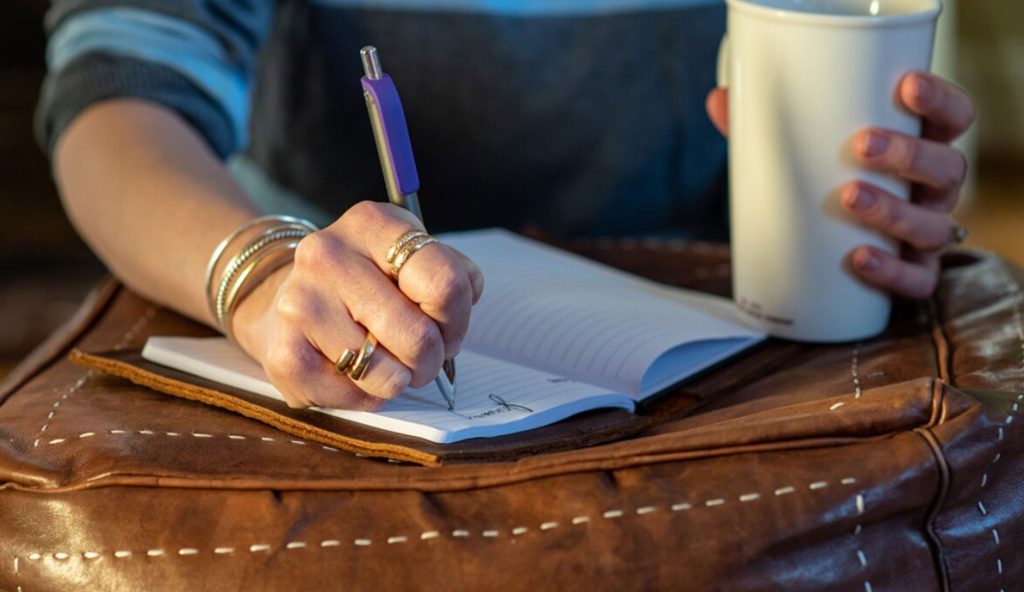 A (name withheld) wasn’t much of a drinker, nor did she hold a wild lifestyle, when she went out one night with a friend and became exceptionally inebriated. A man at the bar approached her, and asked if she wanted to get high. She accepted, and he gave her crack. She had no idea how it would affect her.

She wanted more, which he gave her, accruing a debt she didn’t realize. She followed him to his home, and it was after three days of this cycle she was told of her debt, and that her life as well as her family’s, would be threatened if she couldn’t repay it. She couldn’t, and this man took her to sell her body. This cycle of addiction and captivity continued for two years, in which she essentially became his property.

“About two years into this, I was arrested on the streets for prostitution, and it gave me my first opportunity to reclaim my life back,” A recalled, “I had nine months sober in a secular drug rehab, and we we addressed the initial drug addiction, but did not [learn about] any of the underlying stuff… we did not establish relationship with any type of higher power or diety or anything like that.”

After this program and her stint of sobriety, A saw the possibility of a new life, but with mounting anxiety and without any resources, she returned to what she had come to know.

“For the next 12 years, I made the choice at that point to prostitute myself,” A explained, being free in theory of her old habits, but with no other resources to support herself. “I remained in a position of obligation by my own will. For 12 years, I had a horrible, horrible thousand-dollars-a-day drug addiction, and sold my body by choice… and accrued all kinds of damage and trauma and lost much of my life.”

No amount of programs broke the cycle for long.

“My stints of sobriety lasted maybe 90 days. The longest I did was a nine month stint off of the drugs, but I never stopped selling my body. I would go to halfway houses, because at that point, the damage had caused such a bankruptcy in as far as spirituality… I mean I had absolutely no self-worth, and operated from that place of survival for so long that functioning in normal society scared the living bejesus out of me.”

It was eight years ago that A found herself in jail, and someone handed her a Bible for the first time. She found God there, in a jail cell. “I had accepted Jesus in my heart, but still had not done any of the underlying work that would have freed me from the situation that I was in,” she recounted how she checked herself into a facility that, for the first time, addressed her trauma and underlying issues, though they did not take an explicitly faith-based approach. Still, it was the only option near her home taking that angle to rehabilitation.

Regardless, “at that point, I came to realize the work that really needed to be done, that a secular drug rehab was just kind of [addressing] a symptom,” and she intentionally saught other programs. “I would seek recovery and get to a point in the recovery where the rubber hit the road, and I needed to actually start surviving with like, a real job, and doing things as a productive member of society… and that was where I would get paralyzed, because I had no idea how to exist in a normal society and feel worthy of asking someone for a job.”

Eventually, A was connected to Refuge through another program, and “it was the first opportunity that I’ve ever I’ve ever had to learn about Jesus and to seek a relationship with the Lord. And it completely changed my life.”

Still, she struggled knowing what her next step was, and recalls often telling Refuge staff, “‘I have been a prostitute for 15 years. How is anyone ever going to give me a job?’” Despite her progress with her faith, she remained stuck in this familiar rut. “it’s always paralyzed me and it’s kept me from taking the next step. I’d put the drugs down, and I could stop walking the streets, but I would pay my rent with the money from selling my body at the halfway house at rehab.”

A spent five and half months at Refuge before having to leave, and within 72 hours had returned to drugs and to selling her body. For the second time, she got pregnant by her trafficker, and in an effort to not harm the baby, called Refuge staff and begged them to let her come back, which they did. And “this time around, Survivor Made has made all the difference.”

Survivor Made, which was established when A returned for her second time at Refuge, is Refuge’s social enterprise creating jobs and building skills and confidence for women in Refuge for Women’s programs, particularly for those who may have barriers to future employment. This provides the opportunity for women to be employed creating high-quality leather goods and candles to give them purpose, and propel them toward a successful, independent life.

“That paralyzing fear,” she glowed, a bit choked up, “it’s diminishing… I mean, this is changing everything. When I graduate this program, I’m gonna have a year’s worth of something other than selling my body, and it’s giving me confidence.”

“When you’re on the streets, you have to, in your heart, believe that you are less than. Because if every time you got raped and every time you got disrespected, if it hurt your feelings, I would have killed myself a long time ago. I had to fully believe that I deserved less,” she recounted with emotion the mindset she had found herself in out of necessity, and her process to unlearn it.

“Walking up to someone and feeling worthy enough to ask for a job is paralyzing, and what Survivor Made is doing for me is taking that fear away, because they’re employing me and telling me that I am worthy, and I’m able to go to work even if it’s just one day a week, and I’m able to learn that I am capable again,” she said through joyful tears.

“It makes all the difference in the world. I’m putting stickers on little jars, and it’s giving me my life back… my first $32 paycheck means more to me than the hundreds of thousands of dollars that I had sold my body for and sold my soul for. I held that check in my hand, and it felt like $32 of dignity. It’s just a game changer.”

Particularly as someone who has experienced so many programs and made so many previous efforts––12 total rehabs––A speaks powerfully to Refuge’s unique approach and how it, by all accounts, has been her game changer.

“There’s no comparison,” she reiterated, “Refuge encourages a relationship with Christ, and what God says about me is what is what is changing all of the trauma that my trafficker told me was true. All the lies I believed that allowed me to sell my soul, that allowed me to feel I was worth the rape and the violence. All of those lies I was conditioned to believe, Refuge is the only place that ever told me those were lies.”

A pointedly recounted all her gained wisdom about drug and addiction rehabilitation, but emphasized, “none of it makes any difference if I don’t believe I’m worth more.” With Survivor Made, the transformation through empowerment was almost instant. “I’m hopeful about reentering society. I’m hopeful about being able to look an employer in the eyes, and know that I’m worthy and know that I am capable. I’m so hopeful. I’m thinking about going back to school and like, a career.”

When reflecting on her hopes, and what the future may hold, A responded with equal clarity and conviction not only about what joy lies ahead, but the life she leaves behind: “I had given up, or lost, any and all understanding and hope for anything like that. I had gotten to a place of acceptance with failure and accepting that I would die on the streets a prostitute. It’s completely the opposite now. That’s not acceptable for me anymore.” 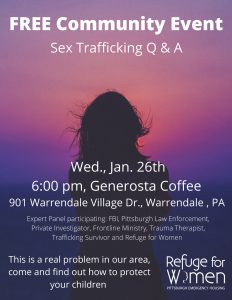 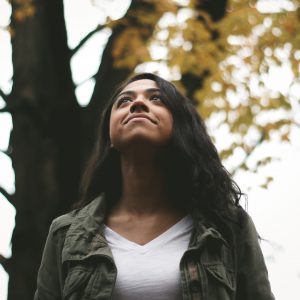 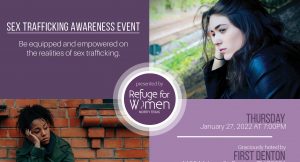